Philadelphia, Bucks, and Chester were the three Pennsylvania counties initially created by William Penn on August 24, 1682. At that time, Chester County’s borders were Philadelphia County to the north, the ill-defined western edge of the colony (approximately the Susquehanna River) to the west, the Delaware River to the east, and Delaware and Maryland to the south. Chester County replaced the Pennsylvania portion of New Netherland/New York’s “Upland”, which was officially eliminated when Pennsylvania was chartered on March 4, 1681, but did not cease to exist until June of that year. Much of the Welsh Tract was in eastern Chester County, and Welsh place names, given by early settlers, continue to predominate there.

Much of the history of Chester County arises from its location between Philadelphia and the Susquehanna River. The first road to “the West” (meaning Lancaster County) passed through the central part of Chester County, following the Great Valley westward; with some re-alignments, it became the Lincoln Highway and later U.S. Route 30. This road is still named Lancaster Avenue in most of the Chester County towns it runs through. The first railroad (which became the Pennsylvania Railroad) followed much the same route, and the Reading Railroad progressed up the Schuylkill River to Reading. Industry tended to concentrate along the rail lines. Easy transportation allowed workers to commute to urban jobs, and the rise of the suburbs followed. To this day, the developed areas form “fingers” extending along major lines of transportation.

During the American Revolutionary War, the Battle of Brandywine was fought at what is now the southeastern fringe of the county. The Valley Forge encampment was at the northeastern edge.

Watersheds that serve Chester County include the Octoraro, the Brandywine, and Chester creeks, and the Schuylkill River. Many of the soils are fertile, rich loam as much as twenty-four inches thick; together with the temperate climate, this was long a major agricultural area.[citation needed] Because of its proximity to Philadelphia, Chester County has seen large waves of development over the past half-century due to suburbanization. Although development in Chester County has increased, agriculture is still a major part of the county’s economy, and the number of horse farms is increasing in the county.[citation needed] Mushroom growing is a specialty in the southern portion of the county.

Chester County has historically been reliably Republican at the county level; traditionally, it was the most conservative county near Philadelphia in Pennsylvania. In recent elections, however, it has been trending Democratic, though not as overwhelmingly as the rest of the Philadelphia suburbs. In 2000 Al Gore lost it by almost 10 percent but in 2004 George W. Bush defeated John Kerry by a much smaller margin of only 4.5 percent. Bob Casey, Jr. carried it by 10% when he unseated incumbent Republican US Senator Rick Santorum in 2006. In 2008, Chester County sided with the rest of Pennsylvania and voted for Barack Obama by a much larger margin of 9%, making him the first Democrat to carry it in a Presidential election since 1964. But, in 2009, with a smaller turnout, Republican candidates swept all county-row offices, winning with an average margin of 20%. In 2012 the county voted for Republican candidate Mitt Romney, by a very small margin of about 500 votes.

In 2016, despite Pennsylvania voting for a Republican presidential candidate for the first time since 1988, Chester County voted more Democratic than in 2012, with Hillary Clinton leading Donald Trump by over 25,000 votes or 9.4 percentage points; a 4.8 percentage point swing from 2012. The only two statewide winners in 2016 to carry Chester County were U.S. Senator Pat Toomey (R) and Pennsylvania State Treasurer Joe Torsella (D). Republican candidates John Brown and John Rafferty carried Chester County, though both lost their races for Auditor General and Attorney General, respectively (Rafferty, a State Senator whose district includes northern Chester County, carried the county by a slim margin of 50 votes)

Democrats have made gains in Chester County state legislative seats in recent elections. Democrat Andy Dinniman picked up the 19th Senate District in May 2006 in the special election to replace the late Robert Thompson. Democrat Barbara McIlvaine Smith picked up the open 156th House district in November 2006, winning by 28 votes and tipping the State-House majority to the Democrats. This was the first time that a Democrat had served part of Chester County as State Representative since Jim Gerlach (who represented much of Chester County for 12 years in Congress) unseated Sam Morris in 1990. In 2008, two more open House seats in the county went Democratic—to Tom Houghton in the 13th and Paul Drucker in the 157th. In 2010, however, Chester County swung back to the GOP, with Republicans Dan Truitt (who defeated McIlvaine Smith), Warren Kampf (who defeated Drucker), and John Lawrence (who defeated Houghton) all elected to the State House.[citation needed] On November 8, 2017, Democrats made historic inroads in Chester County by winning their first County Row Office seats since 1799, picking up 4 row office seats.

Chester County is administered by a three-person Board of Commissioners, who serve four-year terms. Elections occur in the odd-numbered years that precede U.S. Presidential elections, with the next election falling in 2019. The Commissioners have selective policy-making authority to provide certain local services and facilities on a county-wide basis. Accordingly, the commissioners are responsible for the management of the fiscal and administrative functions of the county.

If you are a Chester County, PA home buyer, our foremost goal is to provide you with exceptional customer service. Our goals are to help you purchase the right home, make sure you don’t miss out on any homes that meet your needs, and make sure you don’t pay too much for your next home. Please utilize our Chester County, Pennsylvania real estate expertise to make your home search and buying experience as stress free and rewarding for you and your family as possible.

If you're considering selling your Chester County, Pennsylvania home, we utilize the latest, cutting-edge, real estate marketing tools to expose your property to the widest range of potential buyers. We are here to get your house aggressively marketed to sell as quickly as possible and for the best price! Our goals are to help you get your Chester County, PA home sold, put you in the strongest negotiating position as possible, and to make it easier for you and reduce surprises.

Get Your Chester County Home Value 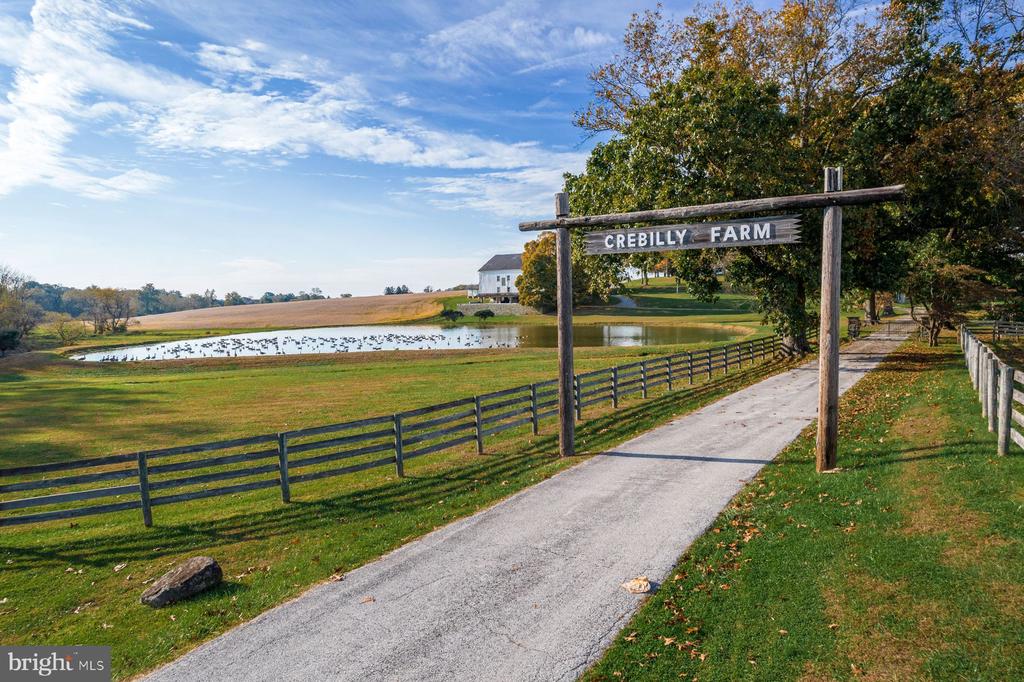 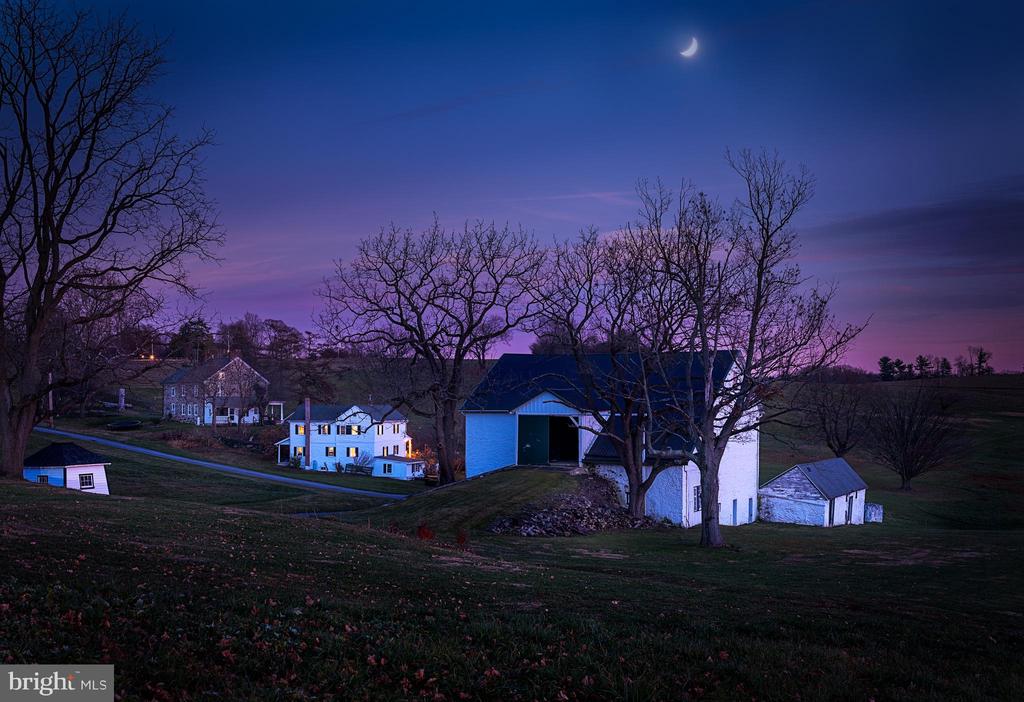 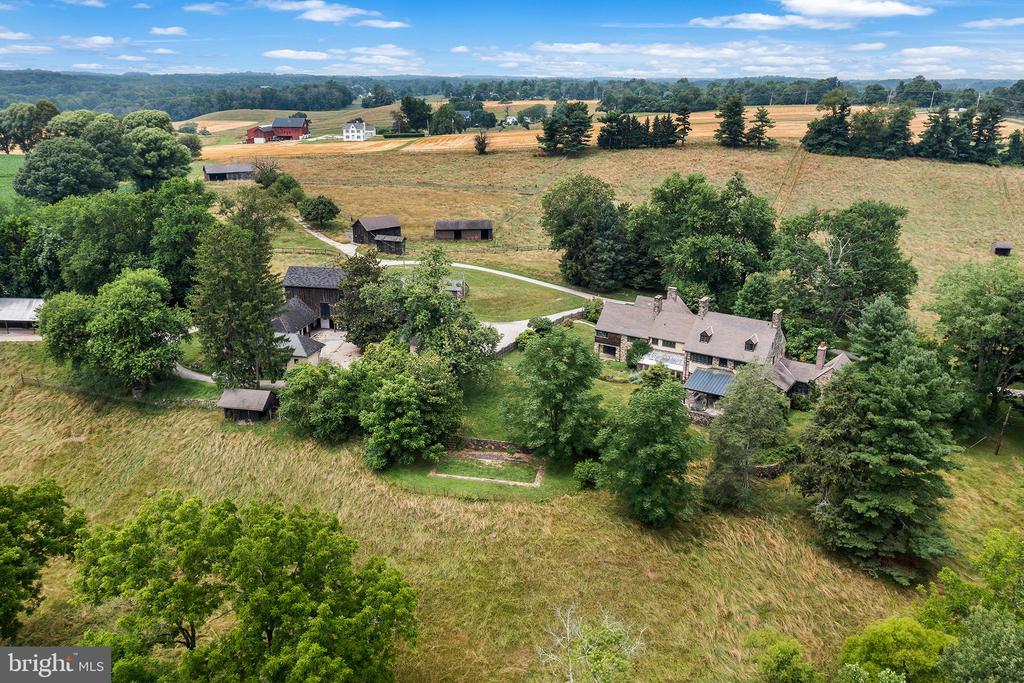 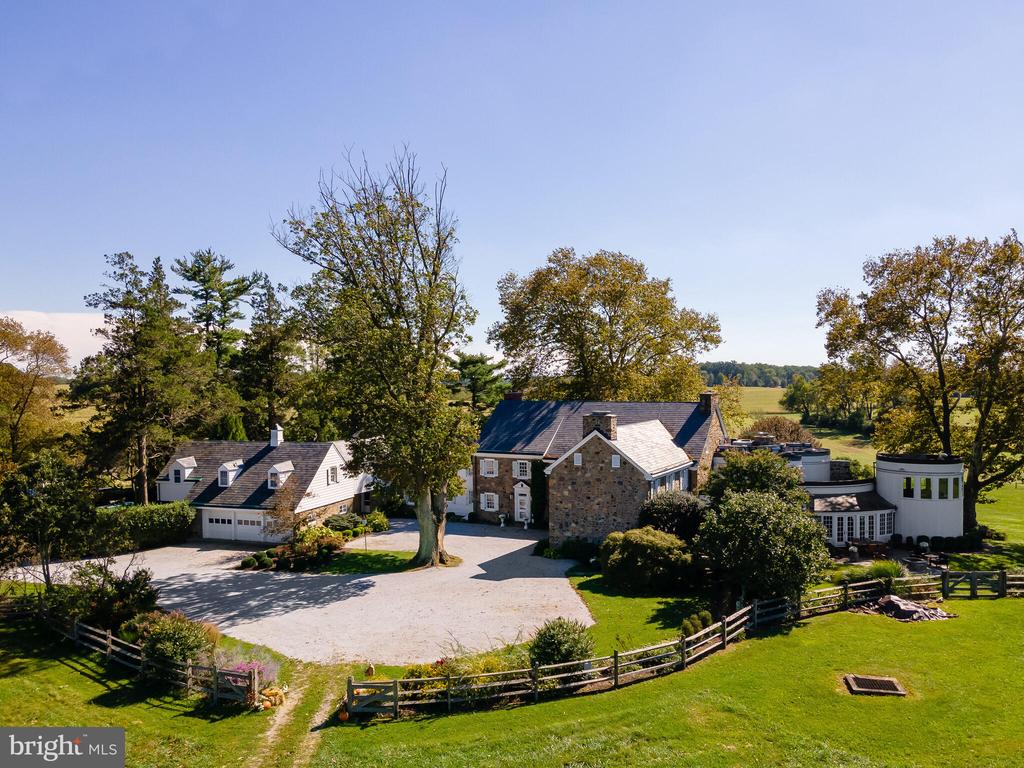 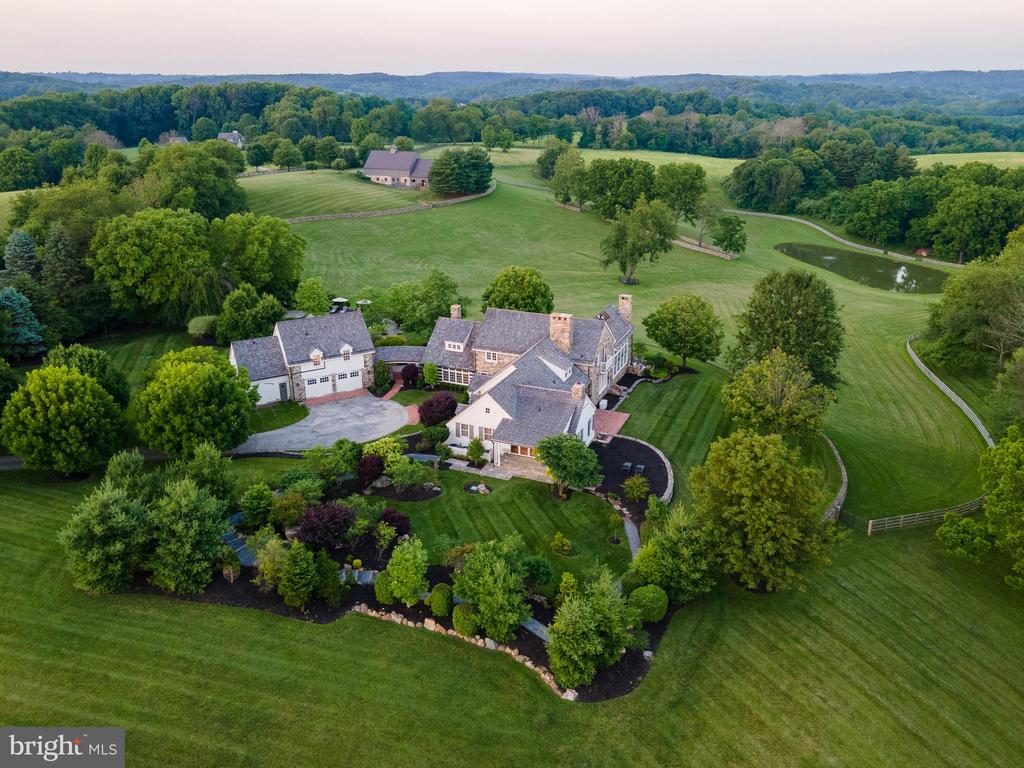 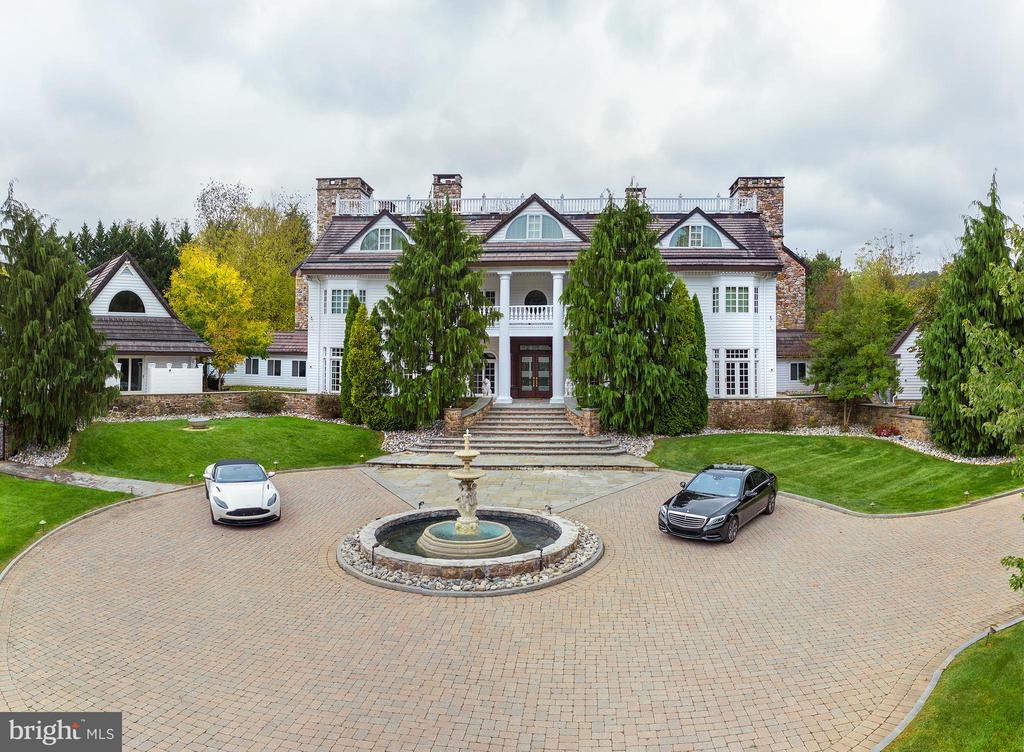 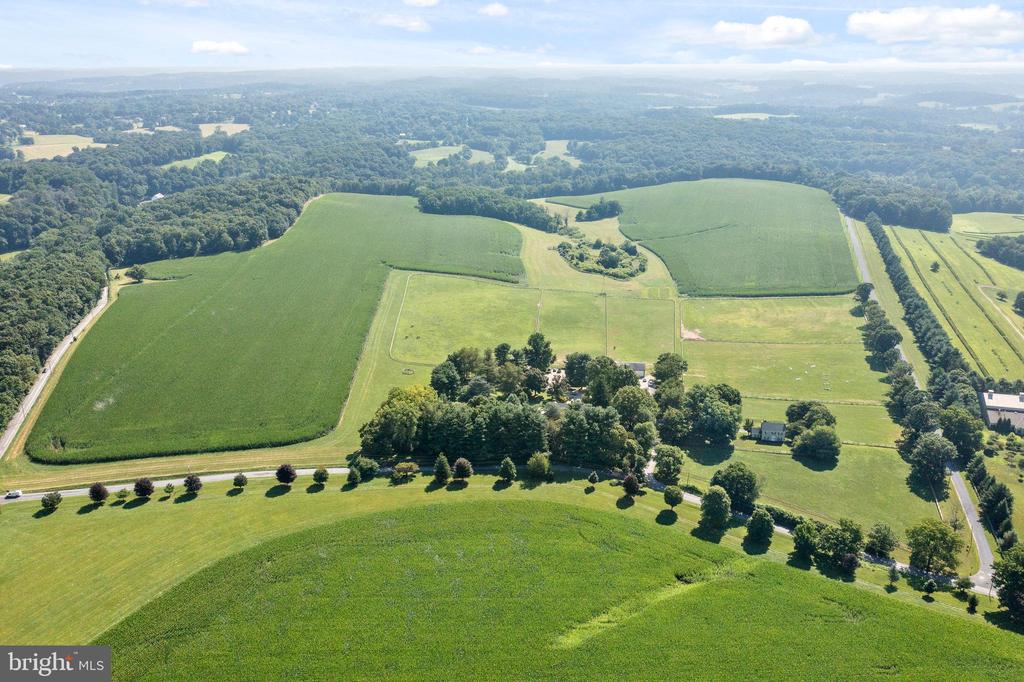 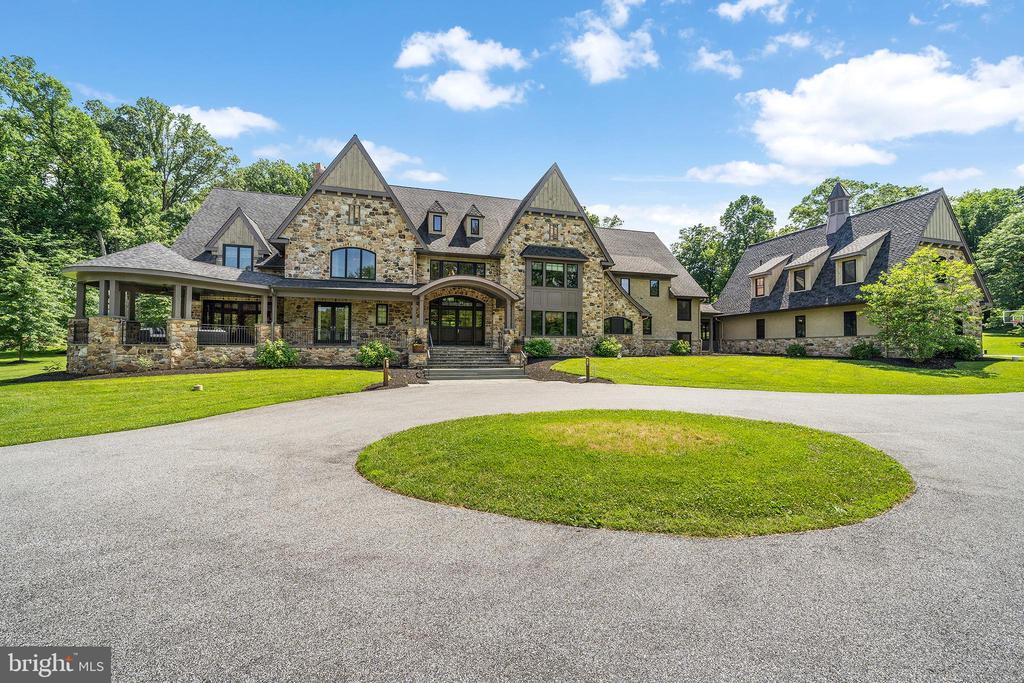