Gloucester County is a county located in the U.S. state of New Jersey. The percentage increase in the county’s population between 2000 and 2010 was the largest in New Jersey, almost triple the statewide increase of 4.5%, and the absolute increase in residents was the third highest. Its county seat is Woodbury. Gloucester County is located south of Philadelphia and northwest of Atlantic City. It is part of the Camden, New Jersey Metropolitan Division of the Philadelphia-Camden-Wilmington Metropolitan Statistical Area as well as the Delaware Valley Combined Statistical Area.

Swedesboro and Bridgeport were among the earliest European settlements in New Jersey as a part of the 17th century New Sweden colony. Gloucester dates back to May 26, 1686, when courts were established separate from those of Burlington. It was officially formed and its boundaries defined as part of West Jersey on May 17, 1694. Portions of Gloucester County were set off on February 7, 1837, to create Atlantic County, and on March 13, 1844 to create Camden County. The county was named for the city of Gloucester / county of Gloucestershire in England.

Woodbury, founded in 1683 by Henry Wood, is the oldest municipality in the county. The municipality of National Park hosts the site of the Revolutionary War Battle of Red Bank where Fort Mercer once stood. It is now the site of Red Bank Battlefield Park and the remains of HMS Augusta laid there until they were moved and subsequently re-sunk in Gloucester City on their way to Philadelphia. During the colonial era, Gloucester County’s main economic activity was agriculture. Woodbury was the site of the county courthouse, the county jail, a Quaker meeting house (still in existence), and an inn (on the current location of Woodbury Crossings). Because of the county’s many creeks leading to the Delaware River and the Atlantic Ocean, smuggling was very common.

In 2014, the county heroin death rate was 17.3 deaths per 100,000 people, the fourth-highest rate in New Jersey nearly seven times the national average.

The Gloucester County Historical Society, founded in 1903, maintains a collection of materials and artifacts related to the history of South Jersey. The Hunter-Lawrence-Jessup House Museum in Woodbury, displays many of these artifacts.

Interstate 295 is the only Interstate in the county which also runs through the northwest for about 14 miles (23 km). The New Jersey Turnpike also passes through in the northwest. Only one turnpike interchange is located within Gloucester: Exit 2 in Woolwich.

NJ Transit bus service between the county and the Philadelphia Greyhound Terminal is available on the 313 and 315 routes; to Philadelphia on the 400, 401 (from Salem), 402 (from Pennsville Township), 403, 408, 410 (from Bridgeton) and 412 (from Sewell) routes, with local service offered on the 455 (Cherry Hill to Paulsboro) and 463 (between Woodbury and the Avandale Park/Ride in Winslow Township) routes.

The Glassboro–Camden Line is a proposed 18-mile (28.97 km) diesel multiple unit (DMU) light rail system that is planned to connect with the River LINE and PATCO Speedline in Camden and was previously anticipated to be in operation in 2019. The lack of both an official project sponsor and identified funding source(s), have delayed the start of construction, making the 2019 timeframe unrealistic.

The Port of Paulsboro is located on the Delaware River and Mantua Creek in and around Paulsboro. Traditionally one of the nation’s busiest for marine transfer operations of petroleum products, the port is being redeveloped as an adaptable omniport able to handle bulk, break bulk cargo and shipping containers. Studies completed in 2012 concluded that the port is well suited to become a center for the manufacture, assembly, and transport of wind turbines and platforms the development of wind power in New Jersey.

Rowan University in Glassboro, is a public university that was founded in 1923 as Glassboro Normal School on a 25-acre (10 ha) site donated by the borough. After a series of alternative titles over the years, in 1992 the school was renamed Rowan College of New Jersey after Henry Rowan and his wife Betty gave the school $100 million, at the time the largest gift to a public college. It became Rowan University on March 21, 1997, when it won approval for university status from the New Jersey Commission on Higher Education. The Cold War Glassboro Summit Conference between U.S. President Lyndon B. Johnson and Soviet Premier Alexei Kosygin took place from June 23–25, 1967, in Hollybush Mansion. The site was chosen because of its location equidistant between New York City, where Kosygin would be making a speech at the United Nations, and Washington, D.C.

If you are a Gloucester County, NJ home buyer, our foremost goal is to provide you with exceptional customer service. Our goals are to help you purchase the right home, make sure you don’t miss out on any homes that meet your needs, and make sure you don’t pay too much for your next home. Please utilize our Gloucester County, New Jersey real estate expertise to make your home search and buying experience as stress free and rewarding for you and your family as possible.

If you're considering selling your Gloucester County, New Jersey home, we utilize the latest, cutting-edge, real estate marketing tools to expose your property to the widest range of potential buyers. We are here to get your house aggressively marketed to sell as quickly as possible and for the best price! Our goals are to help you get your Gloucester County, NJ home sold, put you in the strongest negotiating position as possible, and to make it easier for you and reduce surprises.

Get Your Gloucester County Home Value 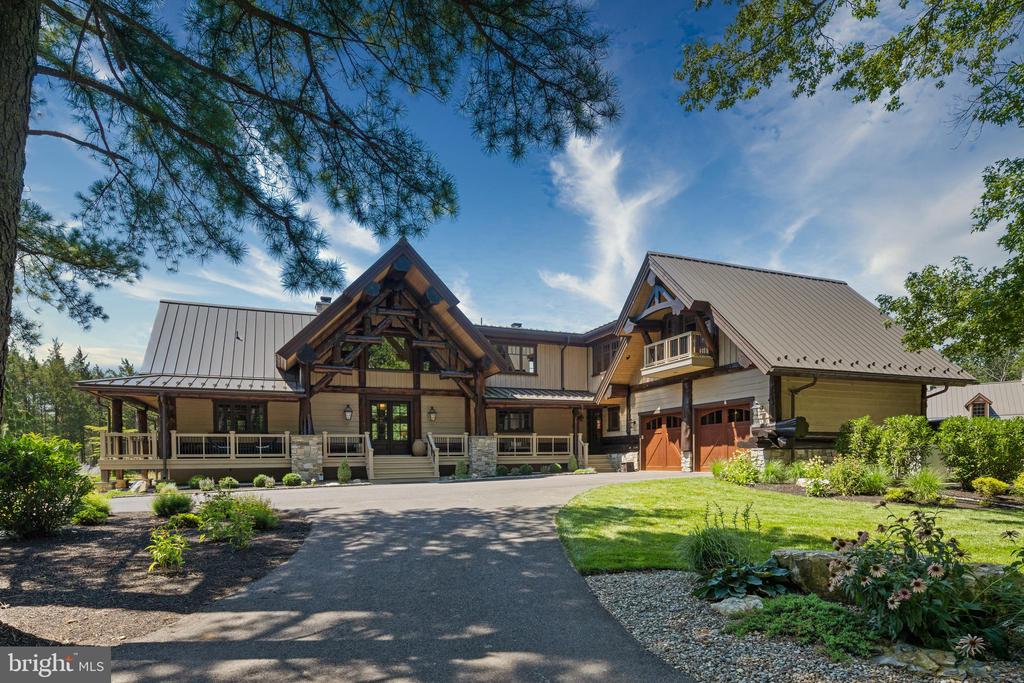