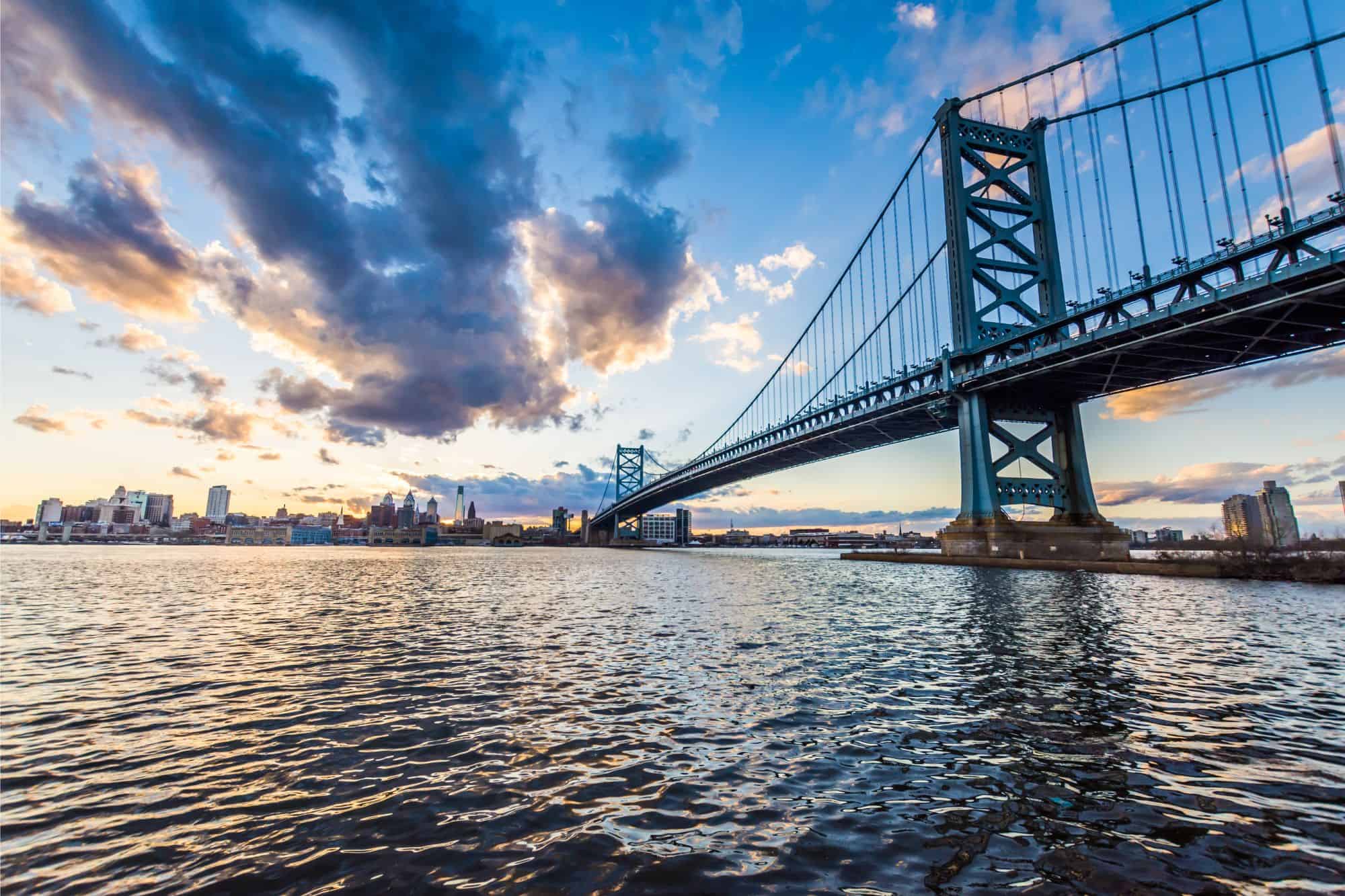 You found the right website if you are searching for homes for sale in Cherry Hill, NJ. Our website has EVERY Cherry Hill home for sale in New Jersey listed with Bright MLS.

Cherry Hill is a township in Camden County, New Jersey, United States. As of the 2010 United States Census, the township had a population of 71,045, reflecting an increase of 1,080 (+1.5%) from the 69,965 counted in the 2000 Census, which had in turn increased by 617 (+0.9%) from the 69,348 counted in the 1990 Census. As of 2010, the township was the state’s 15th most populous municipality and the second-largest in Camden County (behind the city of Camden, the county seat), after having been the state’s 13th most populous municipality in the 2000 Census. An edge city of Philadelphia, Cherry Hill is situated on the Delaware Valley coastal plain, approximately 8 miles (13 km) southeast of Center City, Philadelphia.

The area now known as Cherry Hill was originally settled by the Lenni-Lenape Native Americans before being displaced by the first settlers from England, namely Quaker followers of William Penn who arrived in the late 17th century. The first settlement was a small cluster of homes named Colestown, in the perimeters of what is now the Colestown Cemetery on the corner of Route 41 (King’s Highway) and Church Road. The municipality was founded on February 25, 1844, in Gloucester County as Delaware Township from half of the area of Waterford Township, and became part of Camden County at its creation some two weeks later on March 13, 1844. Portions of the township were taken to form Stockton Township (February 23, 1859) and Merchantville (March 3, 1874). At its territorial peak, Delaware Township included all of modern-day Cherry Hill Township, as well as the neighborhood of North Camden and the municipalities of Merchantville and Pennsauken (including Petty’s Island in the Delaware River).

The township’s population grew rapidly after World War II, and continued to increase until the 1980s. Today, the municipality’s population is stable with new development generally occurring in pockets of custom luxury houses or through the rehabilitation and adaptive reuse of commercial and industrial areas.

Origin of the name

The township’s eastern border with Burlington County is defined by the Pennsauken Creek. The creek separates Cherry Hill from the communities of Maple Shade Township, Evesham Township (and its Marlton neighborhood), and Mount Laurel Township.

The Cooper River forms the southern border with Haddon Township, Haddonfield Borough, and Lawnside Borough, through the Maria Barnaby Greenwald Park and parallel to the east-west Route 70.

Cherry Hill has a humid subtropical climate, with mild winters however subject to changeable conditions with occasional ice and heavy snowfall that usually melts within days of falling. Summers are long, hot and humid. The area can feel effects from Atlantic tropical storms. Precipitation is plentiful in all seasons.

Cherry Hill is a corporate and employment hub in South Jersey. TD Bank, N.A., the seventh largest U.S. bank by deposits, has headquarters in Cherry Hill. Melitta USA has its coffee roasting plant in the township. The Courier-Post, the fifth-largest New Jersey-based newspaper, is published in Cherry Hill.

Many residents of Cherry Hill also work elsewhere. Cherry Hill is an edge city within a half-hour commute to Philadelphia or Camden, and within an hour to Trenton or Princeton, New Jersey. A lesser number of individuals commute to Atlantic City, New Jersey, and a growing number of commuters commute to and from New York City.

Cherry Hill Mall, a principal shopping center in the Philadelphia metropolitan area, was the first enclosed shopping mall in the eastern United States, opening in October 1961.

Chick’s Deli is a deli best known for hoagies and cheesesteaks.

The Neulander murder occurred in Cherry Hill. Rabbi Fred Neulander was convicted of paying two men to carry out a “hit” on his wife Carol Neulander, who was murdered in the family home in 1994. He was sentenced to a prison term of 30 years to life.

Barclay Farm House, a farm house constructed in 1816 and listed on the National and New Jersey registers of historic places.

Cherry Hill was the home of four of the five members of the Fort Dix 5, who were convicted in federal court in Camden on December 22, 2008 on a plot to kill soldiers at Fort Dix. The Cherry Hill members are Dritan Duka, 30, Shain Duka, 27, and Eljvir Duka, 25, as well as Mohamad Ibrahim Shnewer, 23. Ages were at the time of conviction.

Cherry Hill has 51 public parks, plus three parks owned by Camden County. Most parks have playground equipment, basketball courts, tennis courts, walking paths, and athletic fields. Croft Farm, which was originally a working mill and farm, is the only park with an arts center. It was originally built in 1753, and is a historic landmark in Cherry Hill. The farmhouse underwent many changes throughout the years, including an expansion in 1816. The property was sold to the township in 1985. It was formed into the Cherry Hill Arts Center in 1995, which serves the community for art classes, seminars, and concerts produced by the Cherry Hill Recreation Department.

Toward the last two weeks of April, one can see a two-mile avenue of continuous rows of cherry blossoms on Chapel Avenue between Haddonfield Road and Kings Highway. The avenue of cherry blossoms was conceived by a group of residents who wanted to unify the townspeople of Cherry Hill to participate in a community-wide celebration of the diverse community of Cherry Hill. This effort started in 1972 and cherry trees are still being planted every year by the Cherry Hill Fire Department and community volunteers.

Merchantville Country Club is a private country club in Cherry Hill. Woodcrest Country Club was sold at a bankruptcy auction in spring 2013, and is now a semi-private club open to the public.

At 72,000 square feet (6,700 m2), the Cherry Hill Public Library is among the largest municipal libraries in New Jersey. The current facility was completed in December 2004 to replace the 1966 Malcolm Wells-designed structure at 1100 King’s Highway North. The library is an agency of the Township’s municipal government.

The Cherry Hill Public Schools operates 19 schools including an early childhood center, 12 elementary schools, three middle schools, two traditional high schools, and an alternative high school. Cherry Hill is the 12th-largest school district in the state of New Jersey and one of the largest suburban districts. The district has grown by about 2,000 students since the late 1990s, and employs 1,400 (about 1,000 teachers plus administration and staff). The District is governed by a volunteer Board of Education which consists of nine citizens elected at-large to three-year terms on a staggered basis, with three seats coming up for election each year as part of the November general election.

Cherry Hill’s school district offered the International Baccalaureate certificate and diploma program at Cherry Hill West beginning in 2001, but phased it out at the conclusion of the 2007–08 school year. The IB Primary Years Programme is offered at Joseph D. Sharp, James F. Cooper and Thomas Paine Elementary Schools. This program is also a part of the IB Middle Years Programme offered for grades 6–8 at Rosa International Middle School (RIMS).

The Roman Catholic Diocese of Camden operates Resurrection Regional Catholic School, a Pre-K to 8 elementary school resulting of the merger of St. Peter Celestine School and Queen of Heaven School, as well as Camden Catholic High School for grades 9–12.

The King’s Christian School is a private Christian fully accredited PreK–12 institution founded as the Christian Day School of Camden County in 1946.

Camden County College operates one of its three campuses at the William G. Rohrer Center at Route 70 East and Springdale Road.

The New Jersey Turnpike passes through Cherry Hill Township. The Walt Whitman rest area (southbound at milepost 30.2) is located in the township, but the closest interchange is exit 4 in neighboring Mount Laurel Township.

Interstate 295 has three exits in the township. Exit 34A/B is Route 70 (Marlton Pike); exit 32 is CR 561 (Haddonfield-Berlin Road); and exit 31 goes directly to the Woodcrest station of the PATCO high-speed commuter rail line.

Other major highways in Cherry Hill include Route 38, Route 41, and Route 154.

NJ Transit’s Atlantic City Line, traveling on the Pennsylvania-Reading Seashore Line route, stops at the Cherry Hill station, located on the west side of the tracks between the Garden State Pavilion shopping center and the newer development on the grounds of the former Garden State Racetrack.

The Woodcrest station of the PATCO Speedline is located in Cherry Hill, offering service between Lindenwold and 15–16th & Locust station in Philadelphia, Pennsylvania.

As of 2016 two Taiwanese airlines, China Airlines and EVA Air, provides private bus services to and from John F. Kennedy International Airport in New York City for customers based in New Jersey and the Philadelphia area. These bus services stop in Cherry Hill.

If you are a Cherry Hill, NJ home buyer, our foremost goal is to provide you with exceptional customer service. Our goals are to help you purchase the right home, make sure you don’t miss out on any homes that meet your needs, and make sure you don’t pay too much for your next home. Please utilize our Cherry Hill, New Jersey real estate expertise to make your home search and buying experience as stress free and rewarding for you and your family as possible.

If you're considering selling your Cherry Hill, New Jersey home, we utilize the latest, cutting-edge, real estate marketing tools to expose your property to the widest range of potential buyers. We are here to get your house aggressively marketed to sell as quickly as possible and for the best price! Our goals are to help you get your Cherry Hill, NJ home sold, put you in the strongest negotiating position as possible, and to make it easier for you and reduce surprises.

Get Your Cherry Hill Home Value 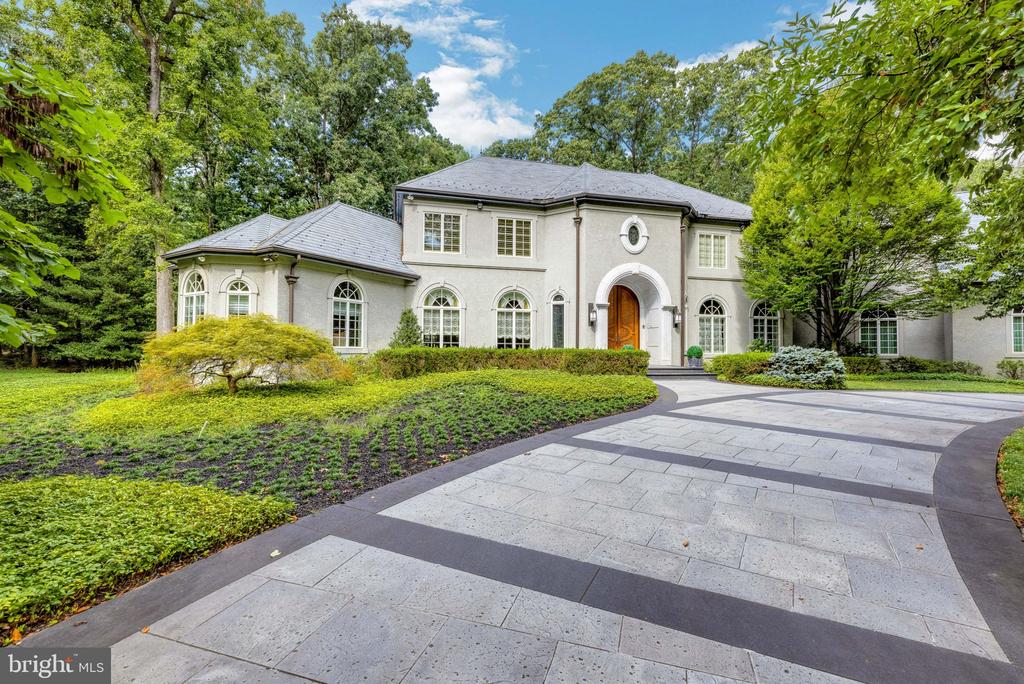 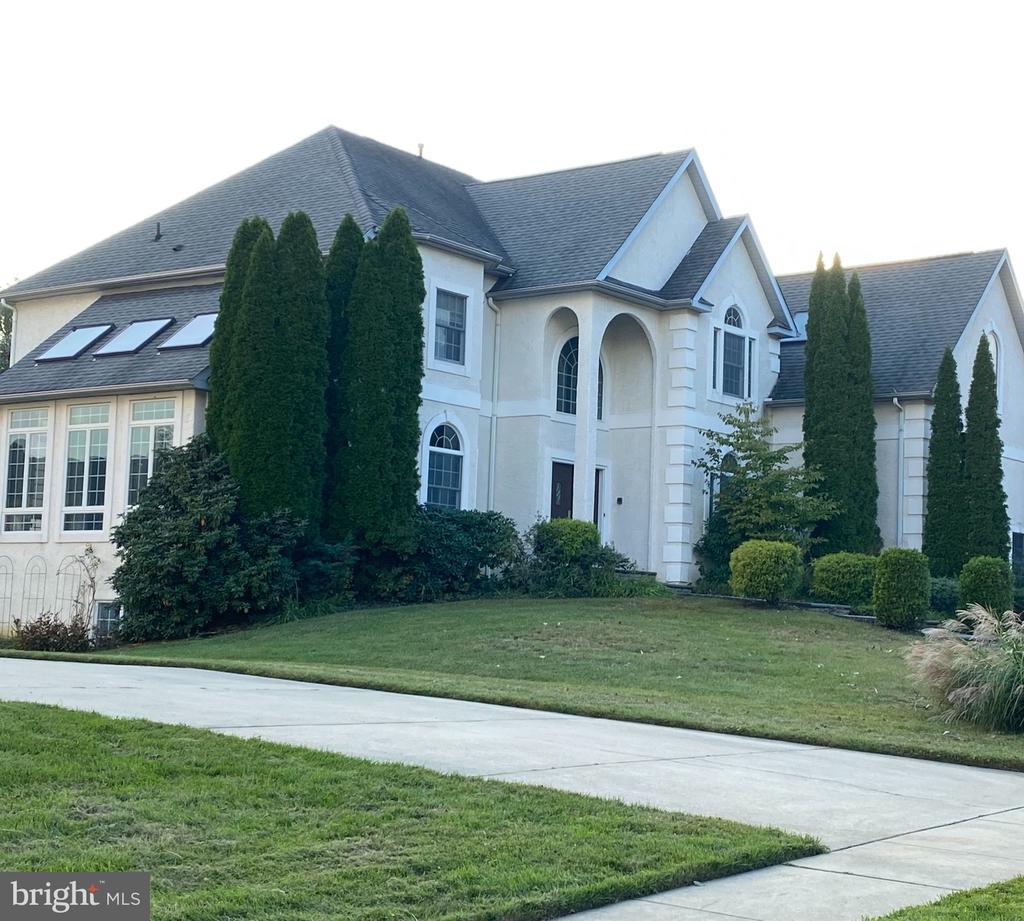 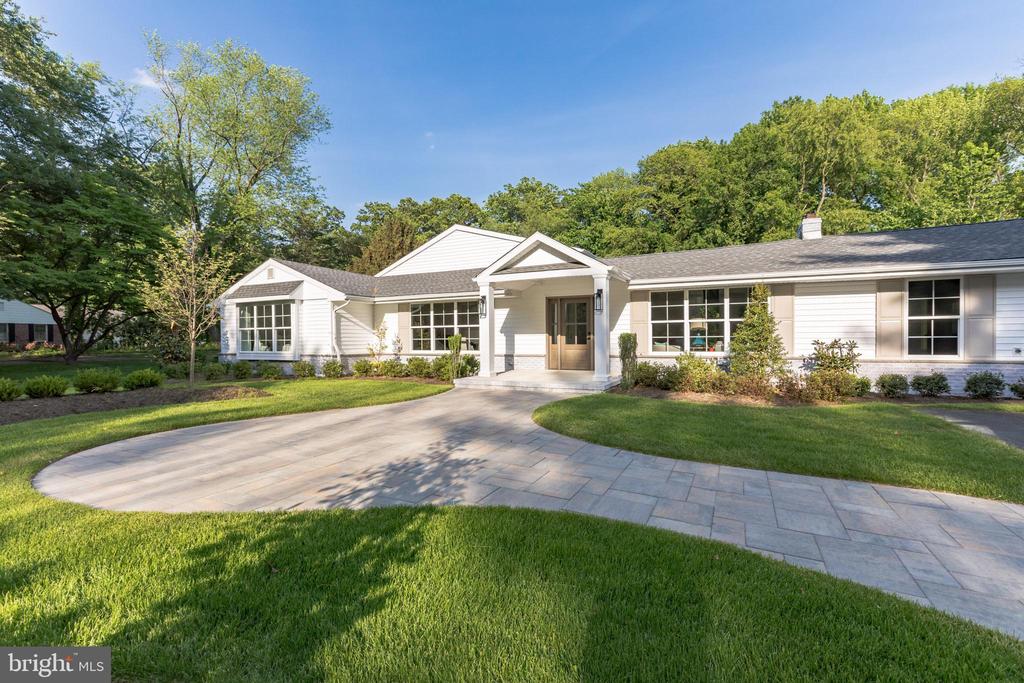 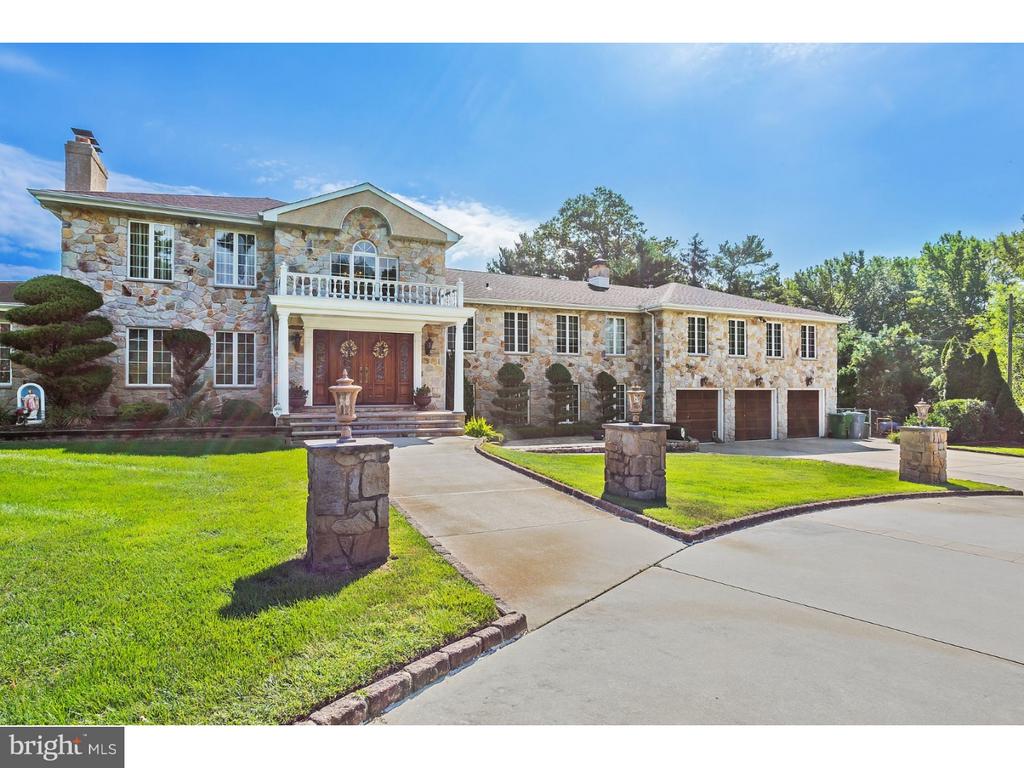 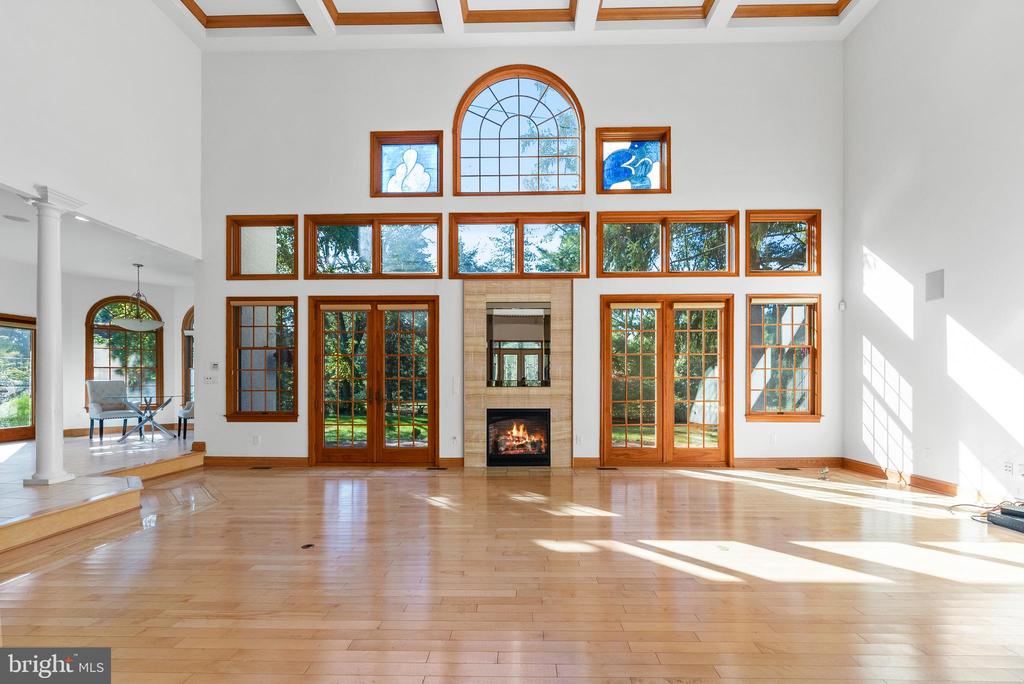 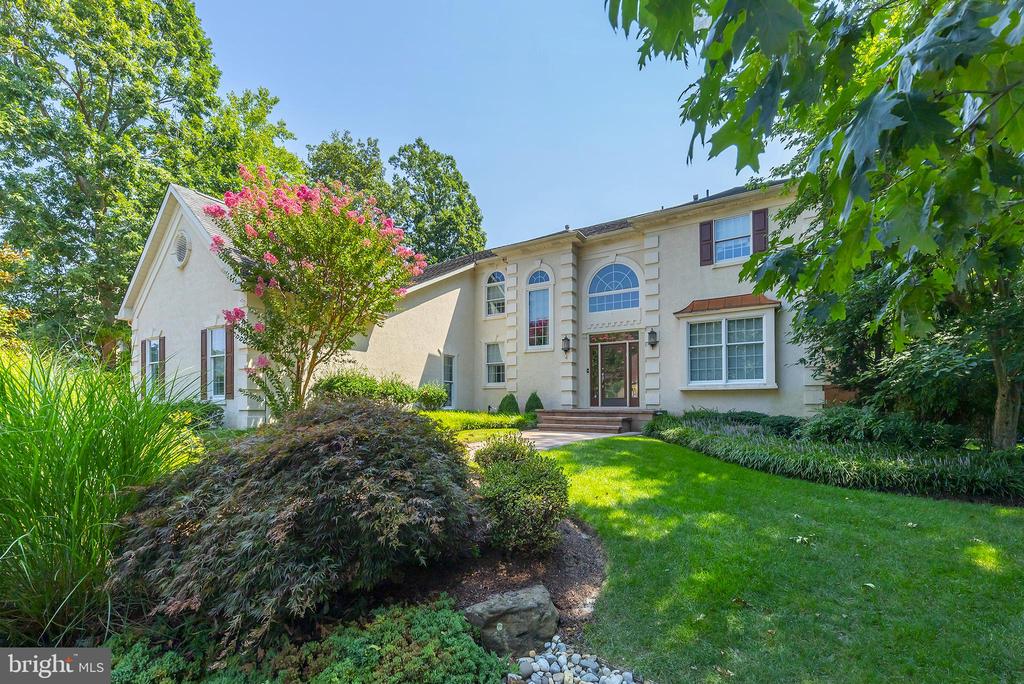 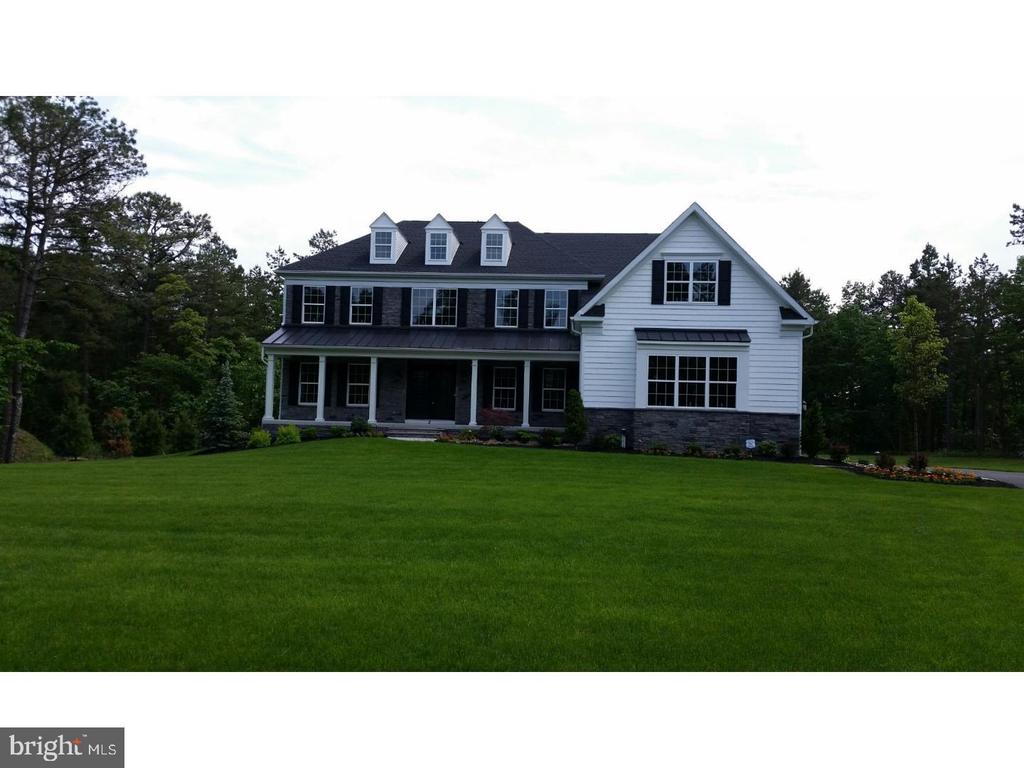